Places to visit in Telangana

Telangana is a state in India in the southern region. In the capital city of Hyderabad, the Charminar is a 16th-century mosque. It comprises of 4 arches supporting 4 towering minarets. The monument overlooks the city’s  Laad Bazaar. The Qutb Shahi dynasty, the sprawling Golconda Fort is famous as it was a diamond-trading center. In the city of Warangal, the centuries-old Warangal Fort features carved stone towers and gateways which are beautiful to watch. 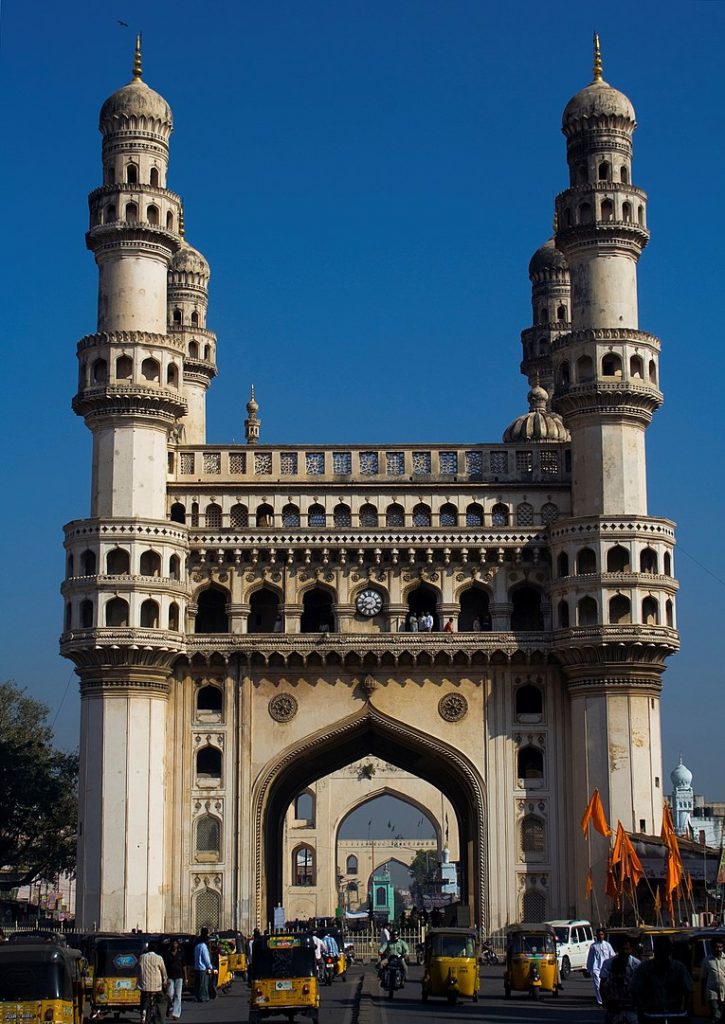 The Charminar was constructed in 1591. It is a mosque located in Hyderabad, Telangana, India. The landmark has become known globally as a famous symbol of Hyderabad. It is listed among the most recognized structures in India. It is popularly regarded as an archaeological and architectural treasure. It is listed on the official “List of Monuments” that is prepared by the Archaeological Survey of India. The Charminar’s long history includes the existence of a mosque on its top floor that has been there for more than 400 years. While both historically and religiously significant, it is also known for the popular and busy local markets that surround the structure. It has become one of the most frequented tourist attractions in Hyderabad. 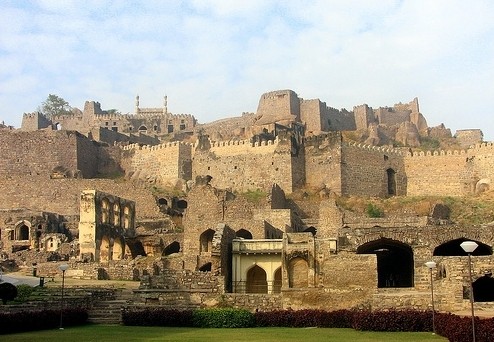 Golkonda is a  fort in Telangana in Southern India. It was the capital of the Qutb Shahi dynasty. It is also a tehsil of the Hyderabad district. The region is known for the diamond trade. It has produced some of the world’s most famous gems. These include the Koh-i-Noor, the Hope Diamond, Nassak Diamond, and the Noor-ul-Ain. 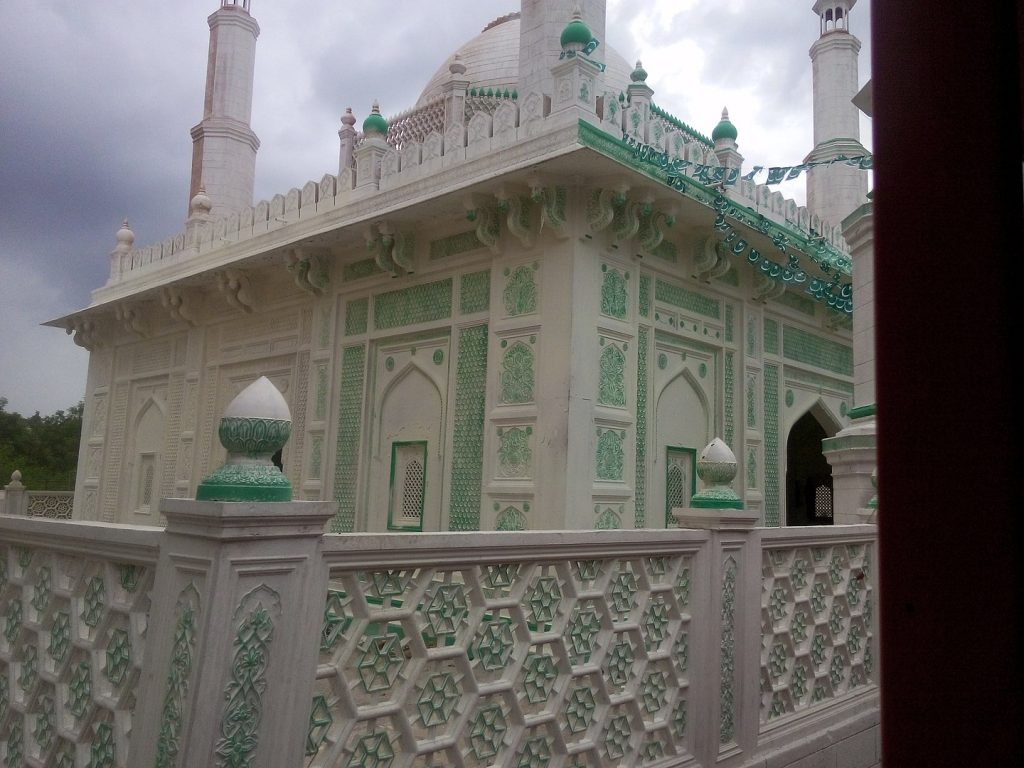 The Ramoji Film City in India is located in Hyderabad, India. It has a spread of over 1666 acres. It is the largest integrated film city in Telangana. It has been certified by the Guinness World Records as the largest studio complex in the world. It was built by Telugu film producer Ramoji Rao in the year of 1996. It is also a popular tourist place and a recreational center as well. It contains natural and artificial attractions including an amusement park. Around 1.5 million tourists visit this marvelous place every year. 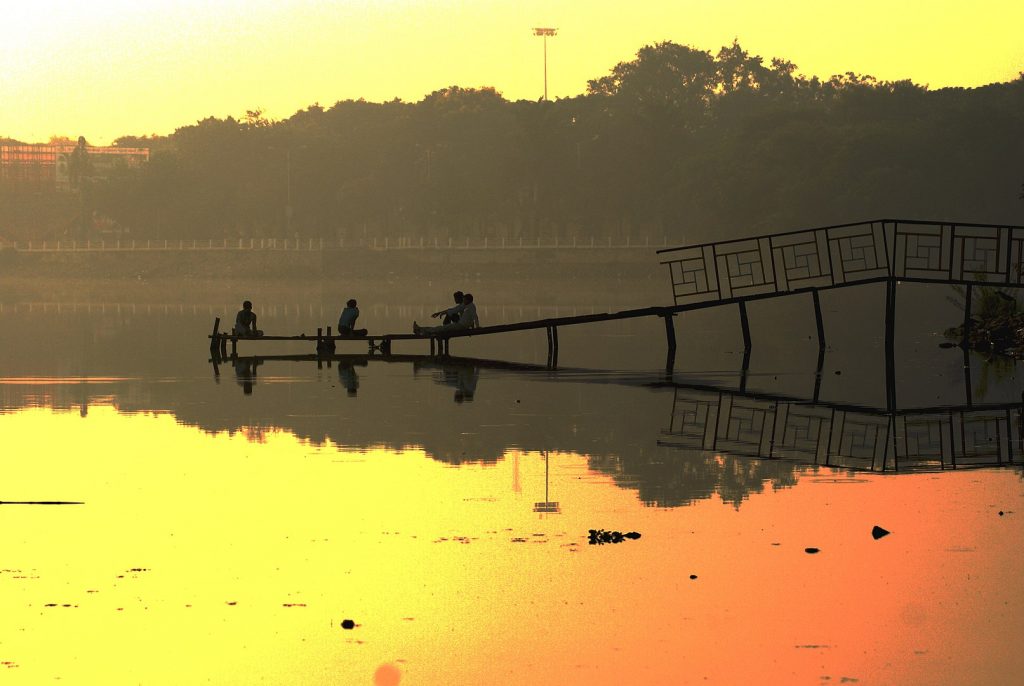 Hussain Sagar is a necklace-shaped lake. It is located in Hyderabad. It was built by Ibrahim Quli Qutb Shah and was named after Hussain Shah Wali. It covers an area of approximately 5.7 square kilometers. It is fed by the beautiful River Musi. A large monolithic statue of the Gautama Buddha was erected in 1992. It stands on Gibraltar Rock in the middle of the lake. It also separates Hyderabad from its twin city of Secunderabad. The depth of the lake is around 32 feet. 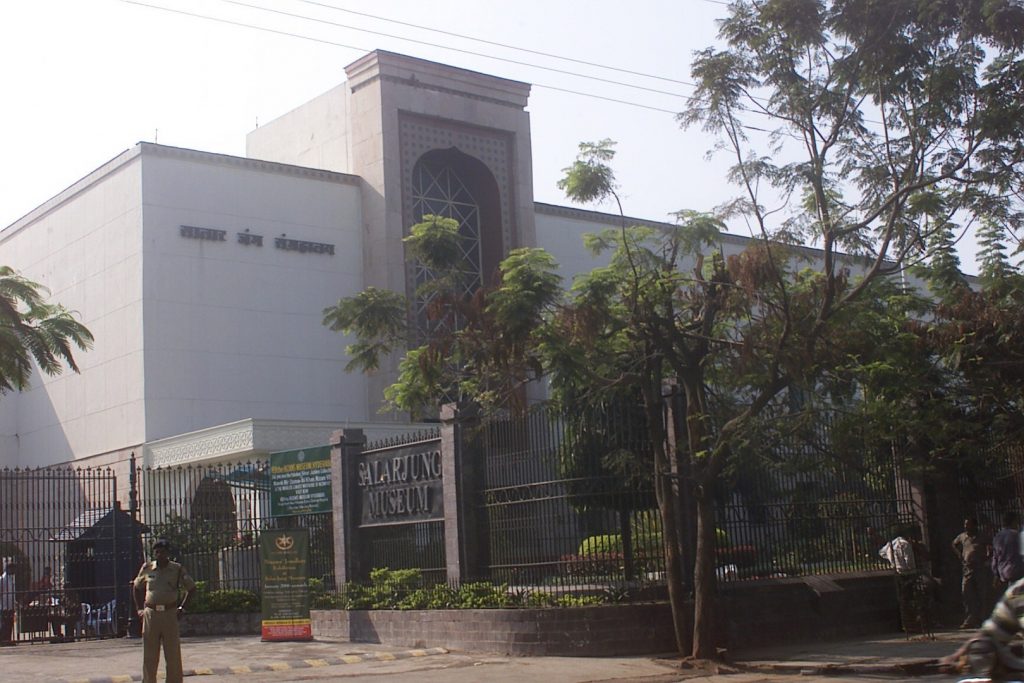 The Salar Jung Museum is an art museum. It is located at Dar-ul-Shifa. It is on the southern bank of the Musi River in the city of Hyderabad, India. It is one of the three well-visited National Museums of India. It is closed on Friday. Rest days it is open from 10 a.m. to 5 p.m. It has a collection of picturesque sculptures, carvings, textiles, manuscripts, metallic artifacts, clocks, furniture etc. from various countries like Japan, China, India, Persia, etc. It is well- known as it is one of the largest museums in the world. 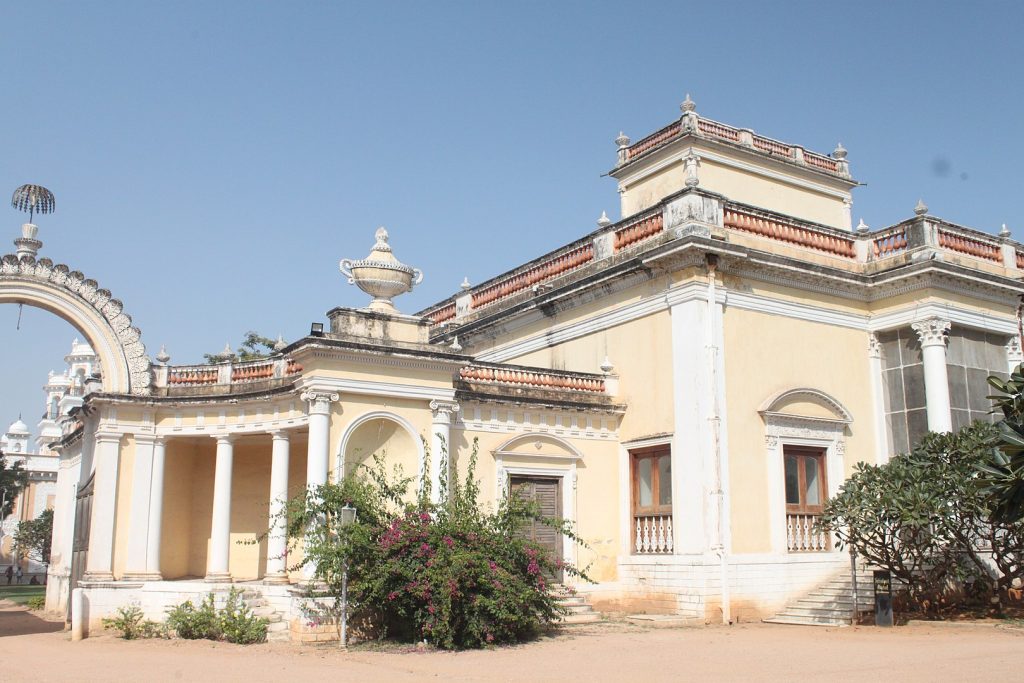 Chowmahalla Palace or Chowmahallatuu is a palace of the Nizams of Hyderabad state in India. The palace is located in the old city in Hyderabad and is situated near the Charminar. It was also the official residence of the Nizams of Hyderabad while they ruled their state. The beautiful palace was built by Nizam Salabat Jung. The UNESCO Asia Pacific Merit award for cultural heritage conservation was presented to this Palace on 15 March 2010. 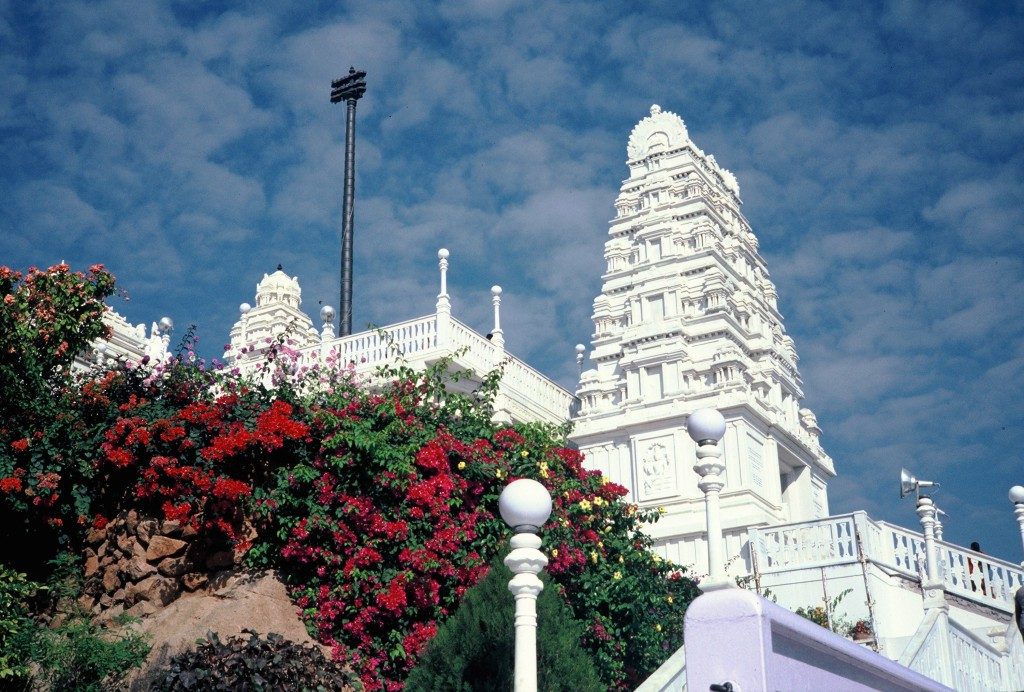 Birla Mandir is a Hindu temple. It is built on a 280 feet high hillock called Naubath Pahad on a 13 acres plot. The construction took 10 years. It was opened in 1976 by Swami Ranganathananda of Ramakrishna Mission. The temple was constructed under the Birla Foundation, which has also constructed several similar temples across India. All of these temples are known as Birla Mandir. 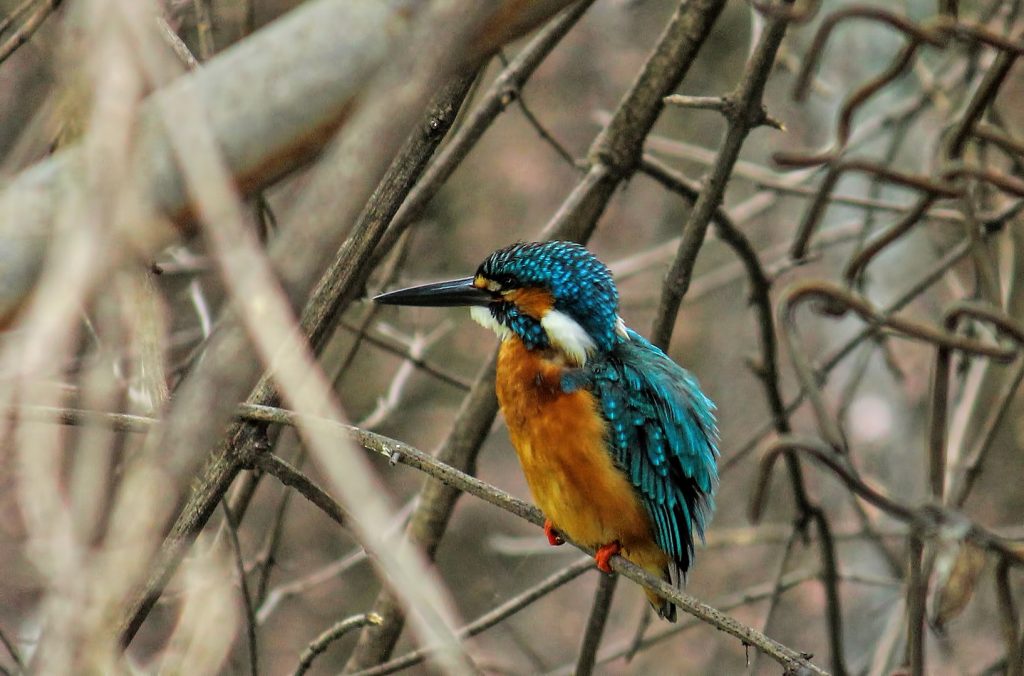 Nehru Zoological Park is a zoo located near Mir Alam Tank in Hyderabad, Telangana. It is one of the most visited and explored destinations in Hyderabad. Zoo hours vary by season. The zoo is closed on Mondays. It was established on 26 October 1959 and opened to the public on 6 October 1963. The Park is run by the forest department, Government of Telangana. It has been named after the first Prime Minister of India, Jawaharlal Nehru.