Top 10 places to visit in Punjab

Planning your next trip to Punjab we have made you a perfect itinerary list of places to visit in Punjab.

Punjab is a state located in the northern parts of India. The people and the culture of this place draw tourists from around the globe, and not to forget the food of course. The helping nature of the people in this state is what makes Punjab different from the rest. People visit this place to experience the unique traditions and also offer to help in the Golden Temple. However, the summers in this state can get harsh and the winters can get quite cold. if you wish to explore every part of the state, the best time to visit would be from October – March. Here are the top 10 places to visit in Punjab you must take a tour to.

Places to visit in Punjab 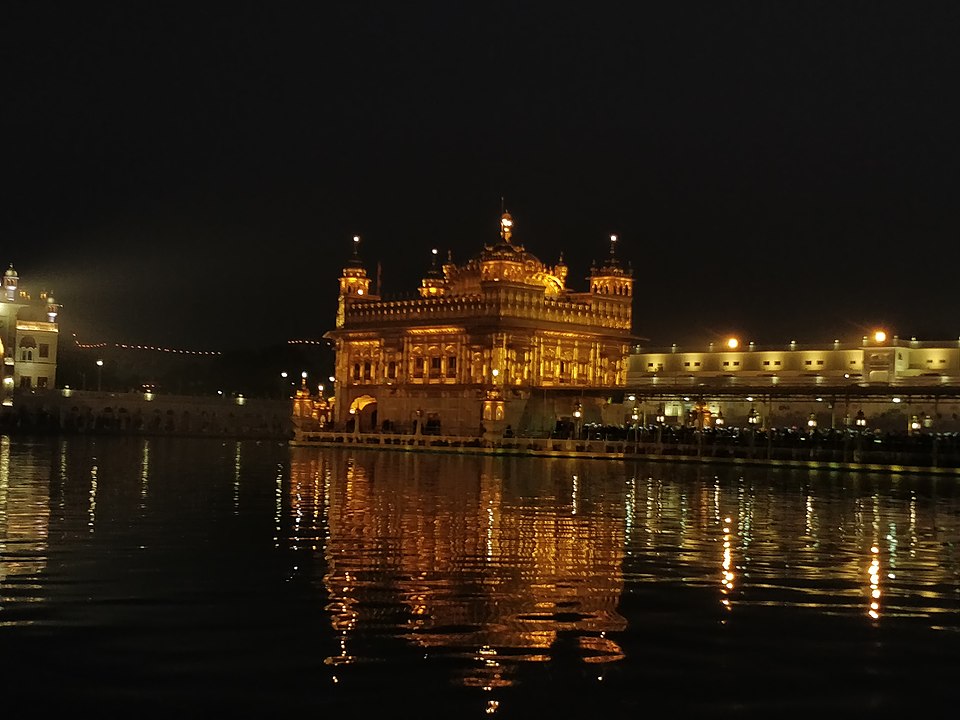 This city will surely amaze you and is very famous for its Golden Temple. Amritsar comes on the top of the list of places to visit in Punjab because of Golden Temple. This place is Probably the holiest city in the state. Home to the magnificent Golden Temple, which needs no introduction, is a holy shrine for the local people. Amritsar attracts tens and millions of tourists from all over the world.  However, the most wonderful sight to witness is the ceremony that is conducted at the Wagah Border between India and Pakistan. One can visit other places like the Jallianwala Bagh and Durgiana Temple, which is said to be identical to the Golden Temple. 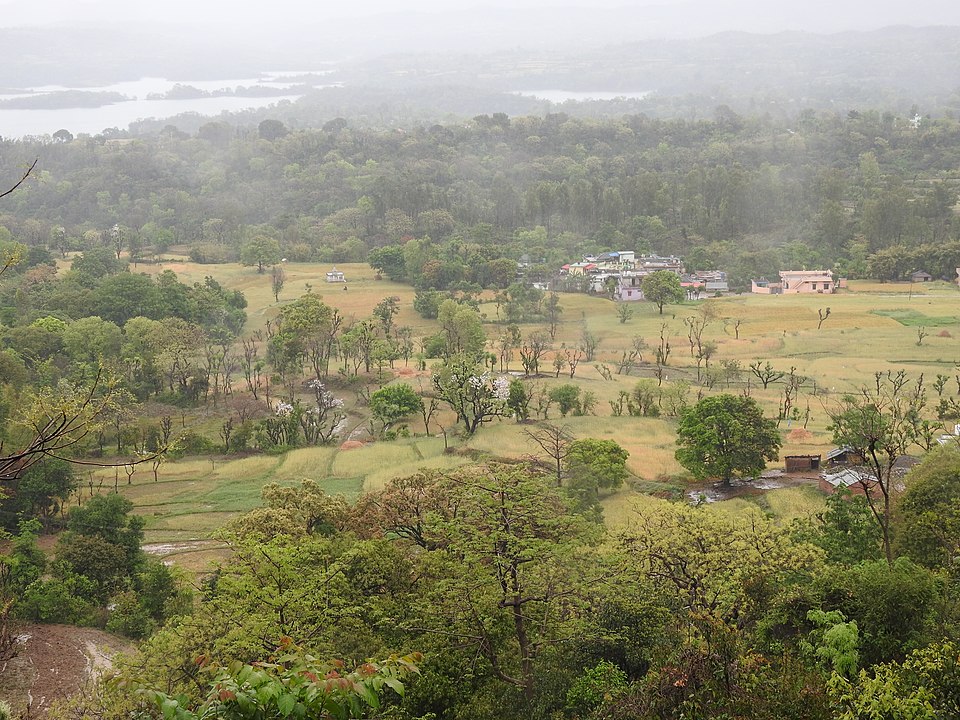 Pathankot is another beautiful city in the state and also another best places to visit in Punjab, which happens to share an international border with Pakistan. Said to be one of the most populous city, this place is also an education hub for children in the rural parts and nearby places like Harayana and Jammu Kashmir. Apart from being an education hub, this city has plenty of historic forts and temples which are visited by people from around the country. Places like Shahpurkandi fort, Mukteshwar Mahadev temple, and Parcheen Shiv Mandir are popular among the locals. 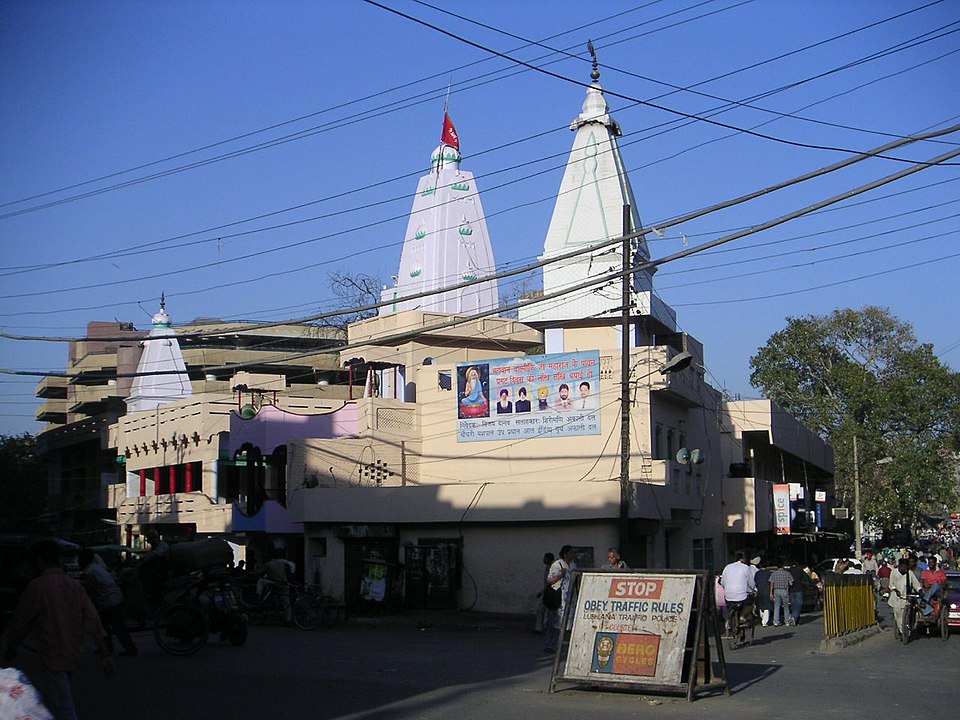 Ludhiana is said to be the largest city in the north. It is home to many beautiful monuments. One of them is the museum of rural life, which exhibits traditional Punjabi clothing and many such artifacts which makes this city a must-visit destination during your trip along with other places to visit in Punjab. One can also visit places like the Maharaja Ranjit Singh War Museum and Phillaur fort. 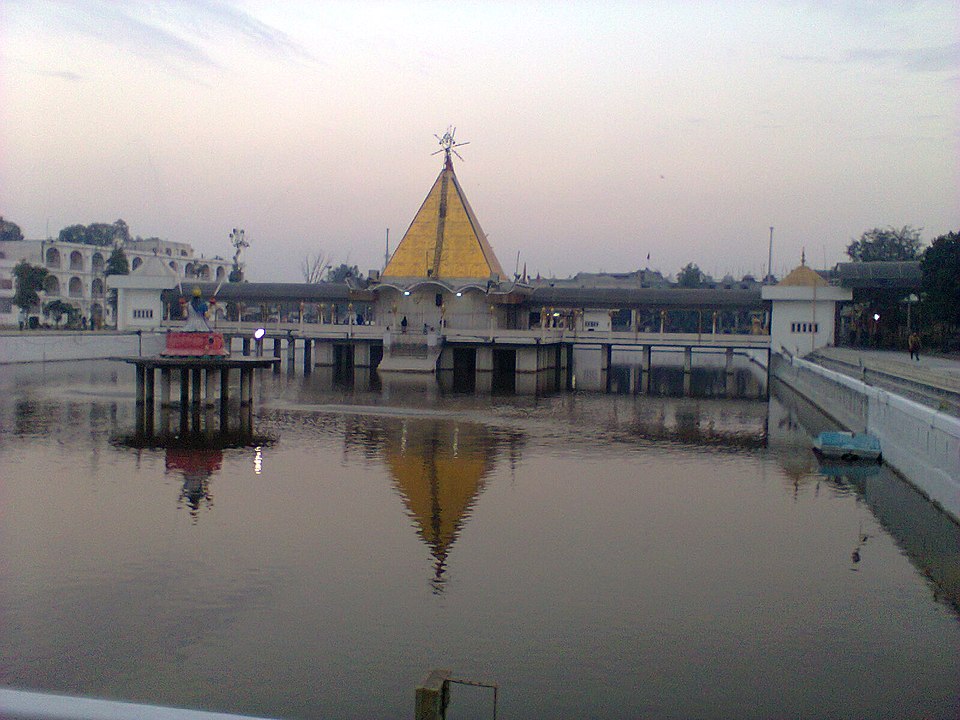 Just like places in the state, Jalandhar also consists of beautiful monuments which attract a lot of people from around the country. The Devi Talab Mandir is said to be one of the temples in the state, which is regularly visited by devotees. The deity of the temple is the Goddess Durga. The place also consists of a tank which is considered to be sacred among the devotees. If you are planning your next trip to Punjab just add the city in the list of places to visit in Punjab. 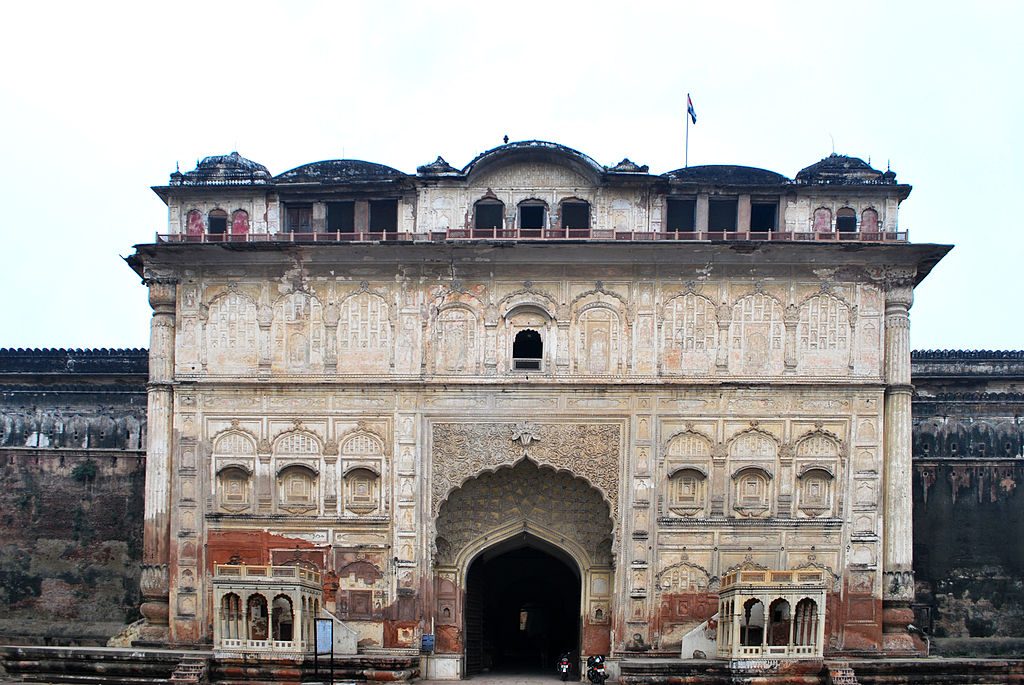 Patiala is a city that is famously known for its tradition and culture. One of the most famous things in the city would be the traditional wear, like Patiala shahi turban, paranda, Patiala salwar and not to forget the famous Patiala peg( liquor) which is very popular among the locals. This city is probably one of the best places to visit in Punjab state to experience the true culture of Punjab. 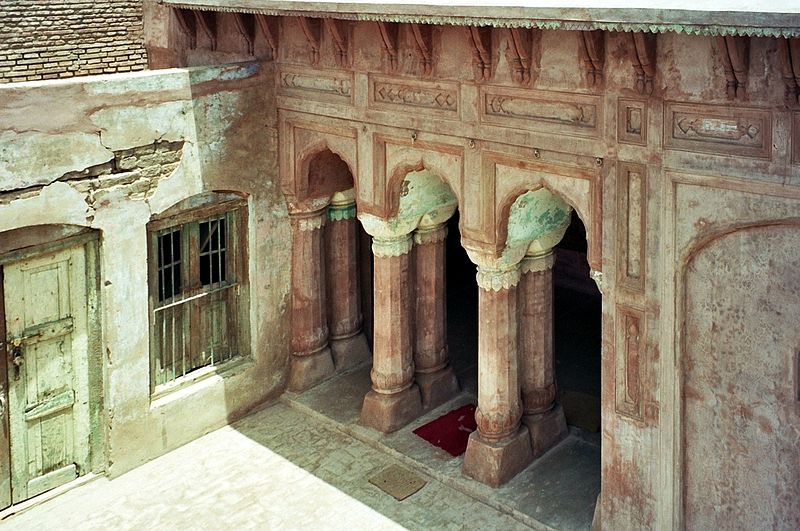 It is said to be one of the oldest cities in the state. Bathinda is called the ‘City of Lakes’ because of its artificial water bodies. This city also is home to a few historical monuments like the Qila Mubarak, Damdama Sahib, and Maiser Khana. Add this beautiful city to your list of places to visit in Punjab. 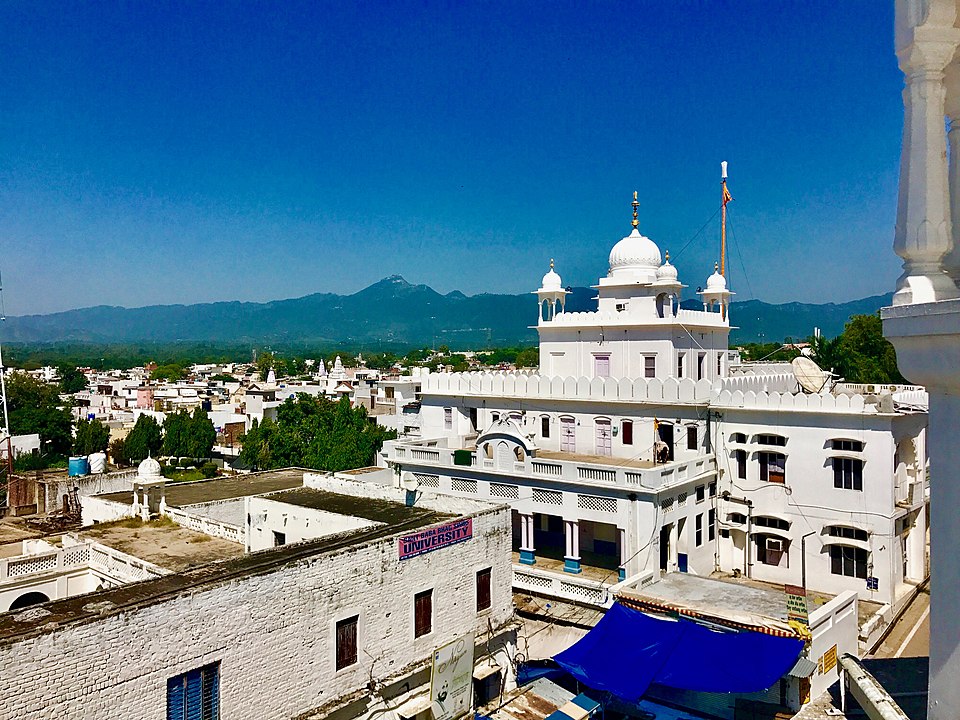 Located on the edge of the Shivalik hills, Anandpur is said to be one of the holiest places in  Sikhism. This place is the venue where a large number of Sikhs get together during Hola Mohalla. This place has a perfect blend of history and culture. One must visit this city during the visit the places to visit in Punjab.

Located at the foot of the bandla hills, Bilaspur offers one of the most beautiful views in the city. Places like Bhakra Dam, Swarghat, and Koldam Dam are famous attractions among all the tourist places to visit in Punjab. 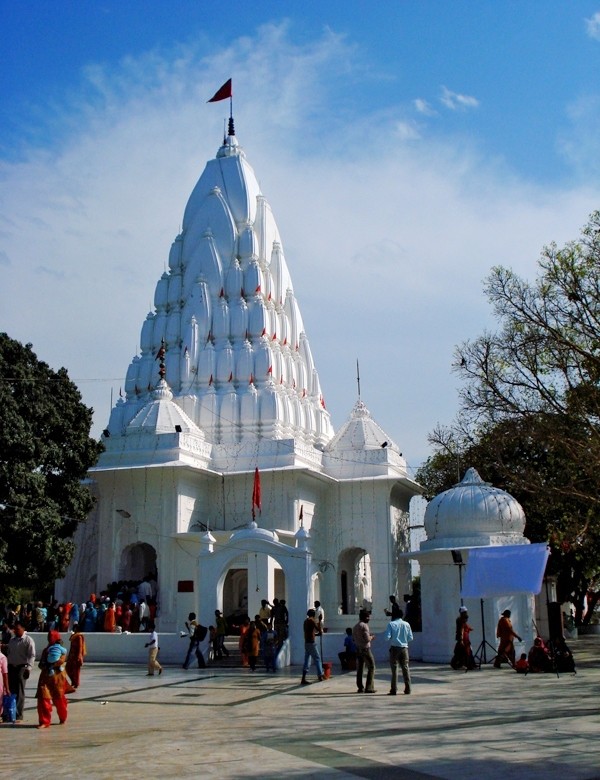 Located approximately 4km south-east of Chandigarh. The place is also known as the ‘City of Canals’. Panchkula is home to many tourist attractions. Places like Nada Sahib, Ramgarh fort, and Sukhna Lake are among the few attractions between places to visit in Punjab. 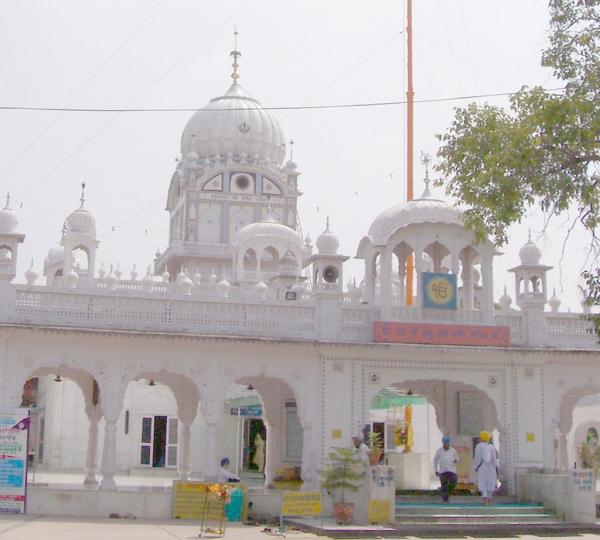 Popularly known as Mohali, it is one of the popular cities in the state and falls in the list of best places to visit in Punjab. The city is also emerging as the sports hub of Punjab, making it one of the happening places in the state.

Chandigarh is the capital of Punjab and Haryana and was designed by an architect named Le Corbusier. It was also the dream City of India’s first Prime Minister Sh. Jawaharlal Nehru. It has cold dry winter and hot Summer. Chandigarh means “The Beautiful City”.Chandigarh is counted among the metro cities of India and among the top places to visit in Punjab.

Murudeshwara Murudeshwara, a beachfront pilgrimage town with a multitude of gorgeous places to visit in murudeshwara, is a fantastic escape. If you’re looking for a